Strike Suit Zero is an original franchise created by Born Ready Games based in Guildford U.K.  Strike Suit Zero was released onto STEAM in January 2013 and to Playstation4 and XBoxOne in April 2014.

Paul Ruskay was hired as composer to fulfill the game’s futuristic soundtrack.  Since the game was based on transforming Japanese Gundam Robots, Born Ready Games wished to have a Japanese anime influence for the soundtrack.  Born Ready Games introduced Paul to KOKIA, a Toyko based recording artist and the two collaborated on several tracks, including the games Main Theme.

Paul and KOKIA at her studio in Tokyo, Japan.

KOKIA is known for her soundtrack work in such anime films as:

KOKIA also tours extensively and is a brilliant live performer.

Paul also enlisted the help of Gaurav Raina (one half of the Midival Punditz) in Delhi, India to record some of the Indian instruments on the soundtrack.

The blending of East meets West through the lens of Japanese anime produced some very interesting music. The next link is the PAX 2012 trailer that was released in July 2012. It features the main theme of Strike Suit Zero with KOKIA on main vocals.

In the fall of 2012, as part of Born Ready’s Kickstarter campaign, Paul produced an interview video to support their campaign.

The launch trailer for the STEAM release featured a remix of the Strike Suit Zero main theme.  This version of the Main Theme was created by the UK based electro-group: Subsource:

The next destination for Strike Suit Zero was the release onto Playstation4 and XboxOne.  In this interview, CEO of Born Ready Games, James Brooksby explains the improvements made to the release in advance of moving it to the new consoles:

With Strike Suit Zero being released onto Playstation4 and XBOXOne and expanding the title’s exposure, Paul put together a remix album of the original soundtrack by collaborating with 8 music producers from 4 different countries.  The Remix album was released with the Console version in April 2014. 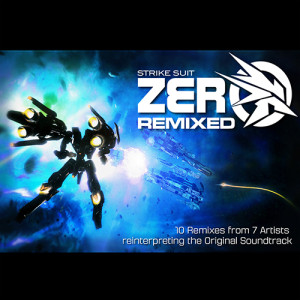 and the Original Soundtrack which it was based: 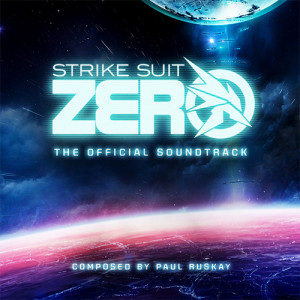 There were some great remixes done, such as the Main Theme by Venezuelan DJ Zardonic:

For the April 2014 Strike Suit Zero: Director’s Cut release onto XboxOne and Playstation4, Born Ready Games went with one of the tracks from the Strike Suit Zero remix album and used it to great effect.

IGN review of the game:

Lost Unit weighs in on the title: