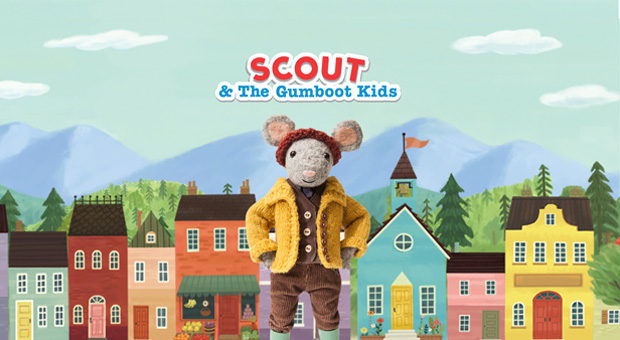 Gumboots Kids Season 2 is now complete for CBC Kids.  In each episode, Scout — a stop motion animated mouse — encourages children to go outside and explore the world around them. He connects the Gumboot Kids, a group of real-life diverse Canadian children, with the beauty of the natural world.